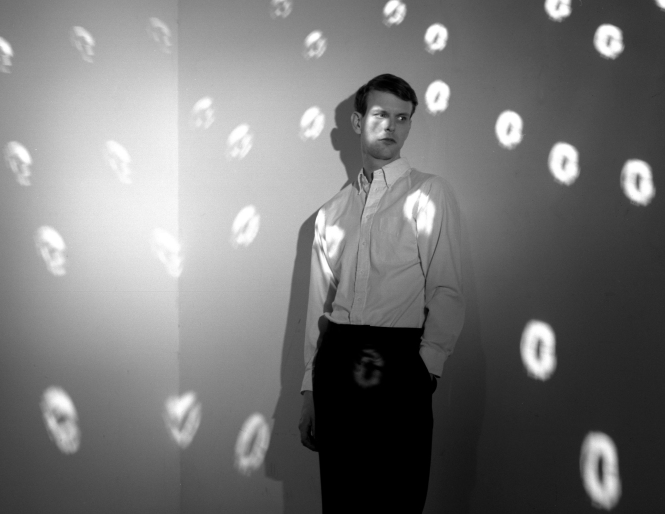 I first heard Be Forest in my friend Brad’s car. We had driven down to Seattle for a show and were on our way back to Vancouver. It was around 5am, and just as the sun was rising he put this album on. If you listen to the above video you might understand why I decided it was a perfect soundtrack to dreams. Be Forest have a gorgeous way of taking reverie and weaving it into a perfect post-punk/shoegaze sound.

The first album by this Italian group is titled Cold, and maybe because of the association with my first listen I always attribute a daydream-like quality to it that is relaxing and and meditative. ‘Wild Brain’ is my favourite track off of the release – it’s entrancing, fantastical, and danceable all in one. While I love every song on the album, ‘Thrill’ is probably my next favourite. The melody feels like it’s flying, grasping at something that can’t quite be caught, sensing inevitable sorrow but enjoying small happiness while it’s here. I’ve tried to decipher the lyrics to this song for a while, but I can only catch intriguing phrases here and there (and if anyone tracks down the lyrics to Cold, please leave a comment!)

Their second album, Earthbeat, was released in February of this year. To me, it mostly feels like a continuation of their first album (which is fucking excellent in my opinion, since I love it so much). There are subtle differences though, as if the musical story is slowly morphing into a new future. If I felt the first album had a feeling of fragile happiness that was expected to be shattered, the second album seems to have a warmer and more enduring strength to it. At the end of the album, I still had a sense that the underlying emotion was ‘enjoy this moment’s happiness while it lasts’, but perhaps there was a lingering hope that the happiness had a better chance of enduring this time. Musically my ears were loving the combo of instruments and ethereal vocals just as much, regardless of the emotional tone of the album. This group is definitely on my list to see live someday – great excuse to travel to Italy 😉

Like the music? Check them out at their label We Were Never Being Boring here.

It being my first post, I thought it would be fitting to dedicate the entry to the band who inspired this blog’s name. La Fete Triste is a coldwave/post-punk band from Berlin, and my first listen to them was their energetic cover of ‘Kühle Lippen’ by Die Selektion. ‘Lèvres Froides’ caught my interest immediately – the song is filled with otherworldly, upbeat synth sounds that made me visualize secret caves filled with glittering stalagmites (I don’t know – I get weird mental images when listening to some songs). The vocals are cooly languid and dreamlike, which really adds to an already interesting series of instrumental twists and turns.

The label to which La Fete Triste are signed, aufnahme + wiedergabe, is definitely worth checking out if you are interested in coldwave and experimental synth music. Some other notable artists I’ve checked out and loved have been In Death It Ends, Lebanon Hanover, Frank (Just Frank), Xiu, and many more. I hope to cover the above bands in more detail as I continue blogging, but by all means go check out what aufnahme + wiedergabe have in their catalogue now and let me know what you think!

Also while writing this post I noticed La Fete Triste has a split release coming out with NYC’s The Harrow on May 14th – check out the tracks here before they’re released: Giant/Axis. I’m excited! The Harrow is another great band to check out and one of the members, Frankie Teardrop, is the man behind the awesome Systems of Romance blog I’ll probably talk about from time to time. His blog is an awesome way to get introduced to out of print coldwave/synth/post-punk/italo disco gems, and I had the pleasure of attending a Wierd Party in October 2012 that he was DJing. It was my first trip to New York, and my first club night hearing all of this music I deeply loved get played loudly amongst strangers who were also loving it. I shyly approached the DJ (who, it turns out, was Frankie himself) and asked if he would by any chance be posting his setlist online later, as there were a lot of songs I hadn’t heard before and really enjoyed. He kindly told me all setlists are posted on the Wierd Party website, and there it later appeared. Thanks for the music, sir!